Simon has extensive experience in acting for clients, both as solicitor and counsel, in the majority of tribunals and courts in Western Australia, including the Supreme Court, the District Court, the Magistrates Court and the State Administrative Tribunal, together with the Federal Court.

Simon has a diverse range of clients including developers, local governments, and small to medium sized businesses, and enjoys getting to know his clients’ operations and requirements intimately in order to provide a tailored service which responds to their needs effectively – Simon is intent on providing more than just a mere knowledge of the black-letter of the law, and works alongside and together with his clients, understanding their objectives in any dispute in order to provide strategic advice as to resolving issues in an efficient manner, including managing risks associated with the litigation process.

After coming to grips with the fact that his piano playing and sporting prowess were not going to result in a profitable career, Simon commenced studies at the Victoria University of Wellington, graduating in 2004. He then moved to Western Australia to take up a position at a Perth boutique firm, prior to striking out with his brother in establishing Steenhof Brothers in mid-2015.

Simon is married and has three young daughters and a son, who have fortunately taken their looks from their mother. Simon is a board member for a number of charitable institutions and is actively involved in the legal community, including the LSWA mock trial program and visiting schools in the community to educate students on various aspects of the law and its practice. 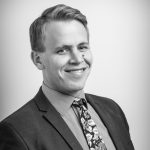 John leads the corporate and commercial practice at Steenhof Brothers and acts for a broad range of clients including publicly listed companies, small and medium-sized business and various charitable organisations. Previously, John worked at a large New Zealand commercial law firm and was partner in another Perth boutique firm. During that time, he has built up a strong practice in commercial law, business sales and purchases, domestic and international contracting and property law.

John also works in the area of human rights with a focus on the fundamental rights of religious freedom and freedom of expression. John has assisted a broad range of clients not just in Western Australia, but also in the Northern Territories, Queensland and in ACT.

More importantly, John is husband to a beautiful wife and the father of six wonderful children. He is also a former chairman of Pindari Ministries (Inc), a medium-term residential facility for restoration of men struggling with serious addictions and other life dominating issues based in Perth, WA.

Simi joined Steenhof Brothers in 2016. She completed a double degree in Law and Arts at the University of Western Australia and was subsequently admitted to practice in 2015.

Simi practices in a wide range of commercial litigation matters and all areas of business law, including transactions, debt recovery and property. Simi makes regular appearances in the Supreme, District and Magistrates Courts and has experience in a variety of contested applications.

Simi is a long-term member of the Friends of International Humanitarian Law Committee, an Australian Red Cross group which aims to raise awareness about the laws applying in armed conflict. She is also a devoted computer gamer. 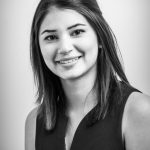 As Practice Manager, Michelle is responsible for accounts payable and receivable, payroll, and general administrative duties such as implementing the firm’s procedures and practices, secretarial support, and the smooth running of the office. 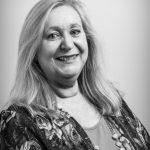 Jessica joined the firm in August 2020. In addition to her duties as receptionist, Jessica also attends to all the outside Clerk work, including settlements, banking and filing Court documents.

Jessica’s role in the office is to serve as the first point of contact for clients as well as assisting other members of the office.